Barley is an Ayurvedic super-grain that is ideal for people with a Kapha and Pitta 'Prakriti'. It is loaded with nutrients and should ideally be part of your daily diet in all seasons. 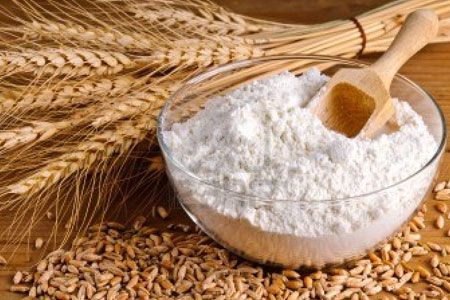 Barley is one of the most ancient grains grown in temperate climates globally, one of the first cultivated grains, particularly in Eurasia as early as 11,000 years ago. In 2017, it stood 4th in quantity produced among grains and came behind maize, rice, and wheat. A 100-gm serving of barley typically provides 352 k calories of energy with a rich nutrient profile including protein (10 g or 10%), dietary fiber, B vitamins, niacin (31% DV), vitamin B6 (20% DV), manganese (63% DV) and phosphorus (32% DV).

In modern Bharat, this super-grain's significance has reduced due to the growing importance of wheat and rice in the diet. Barley is popularly used as animal fodder and to make malt mixes and beverages. However, barley can be a great addition to one's daily diet. It not only improves bodily strength but also protects against various lifestyle diseases.

Benefits of Barley
Great for Kapha dosha - In Ayurveda, Barley is strongly recommended for people with Kapha and Pitta 'Prakriti'. So, it is beneficial for children and younger populations which tend to be more susceptible to Kapha and Pitta related doshas. Barley is lighter to digest and does not produce excess mucus in the system.
1. Natural coolant – Barley is cooling in nature as per Ayurvedic texts, and hence combines well with winter foods such as Bajra and Ragi. It is also great for people suffering from excess body heat and related digestive or skin conditions.
2. Increases strength – Barley has a relatively high protein content and is described in Ayurveda as 'balya.' This grain is recommended in children and adults to increase body strength.
3. High in fiber – Barley has abundant dietary fiber, making it great for digestion and controlling blood sugar and cholesterol. This barley aspect also helps with weight loss as dietary fiber makes a person feel fuller for longer.
4. Reduces cholesterol – A 2010 analysis of clinical trials indicates that barley and one of its components called β-glucan can reduce "LDL" or bad cholesterol in the blood.

'Gluten Intolerance' or weak digestion?
In modern times, wheat and barley have become more controversial. Many nutritional experts believe that gluten, a protein type in these grains, is a source of dietary allergies and related health conditions. However, we also note that many health advocates blame worsening lifestyle, improper food habits, and poor digestion to health conditions that have otherwise been correlated with wheat & barley consumption. Ayurveda describes wheat as 'difficult to digest.' In contrast, barley is 'lighter to digest,' and an Ayurvedic Vaidya should evaluate any health condition which appears to be triggered by the consumption of these grains. We believe the answer lies in consuming moderate amounts of freshly cooked wheat or barley in its desi (local) organic form instead of inorganic, genetically modified, or highly processed versions.

How to cook barley

It is ideal to use organic whole grain barley instead of white pearl barley. Whole barley can be boiled like rice and also used to make soups and added to salads. SOSE also stocks organic whole grain barley flour, which can be an excellent addition to your daily diet. Barley flour is used to make rotis either on its own or as a combination with bajra or wheat. Barley flour can also be used to make soups or sheera / halwa (ideally using desi gau ghee and mishri) for achieving excellent all-round energy, particularly in children.