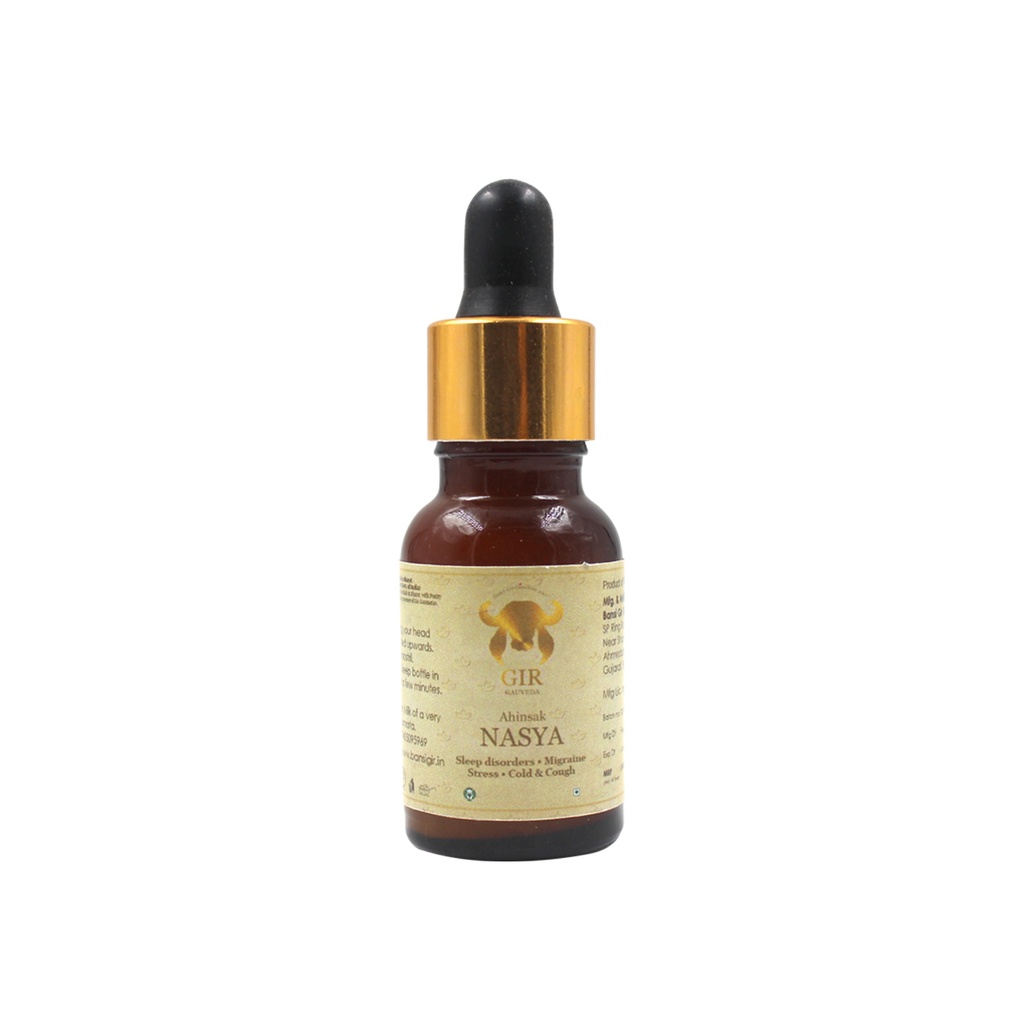 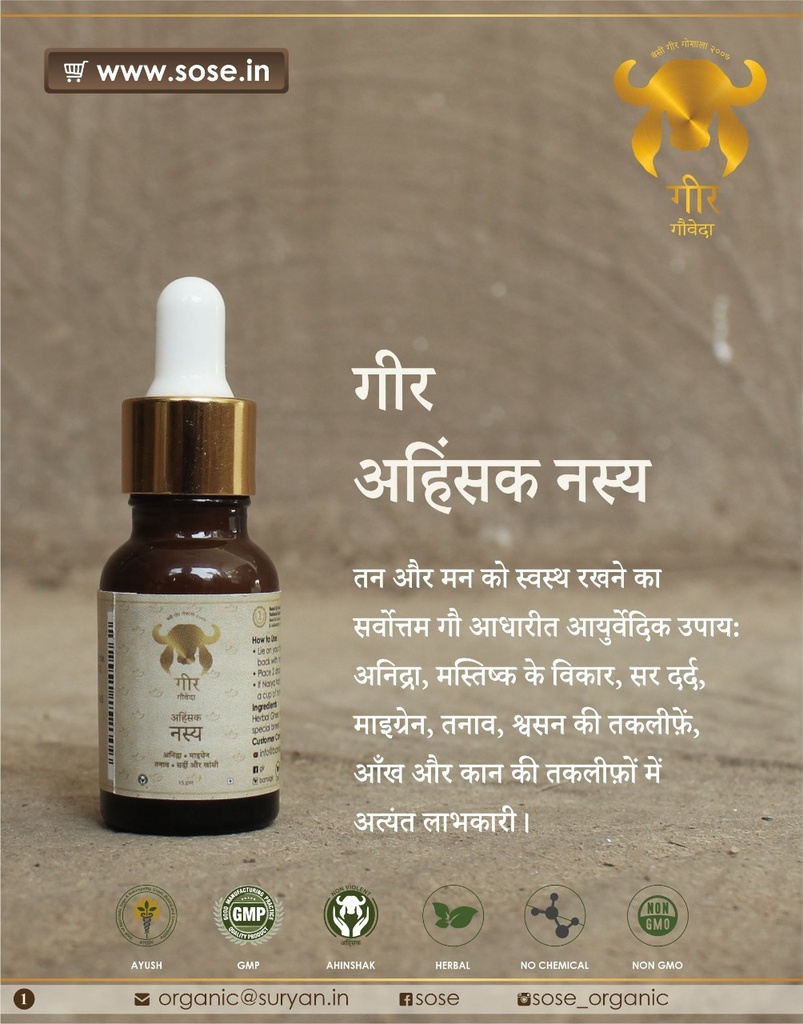 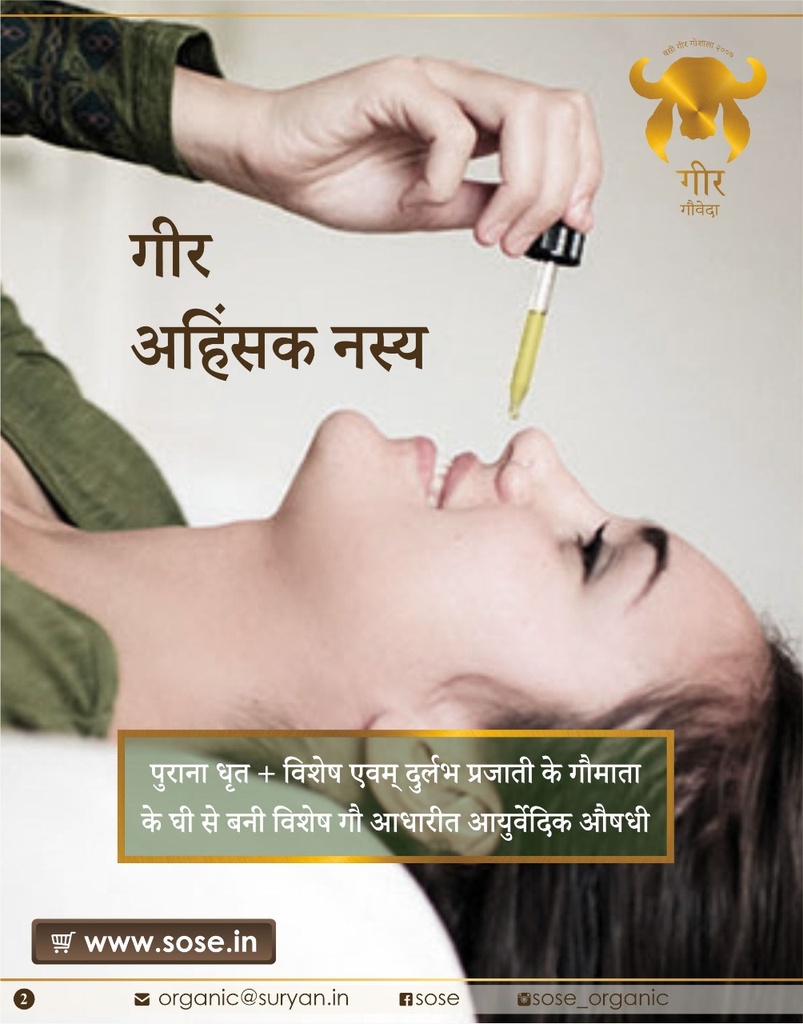 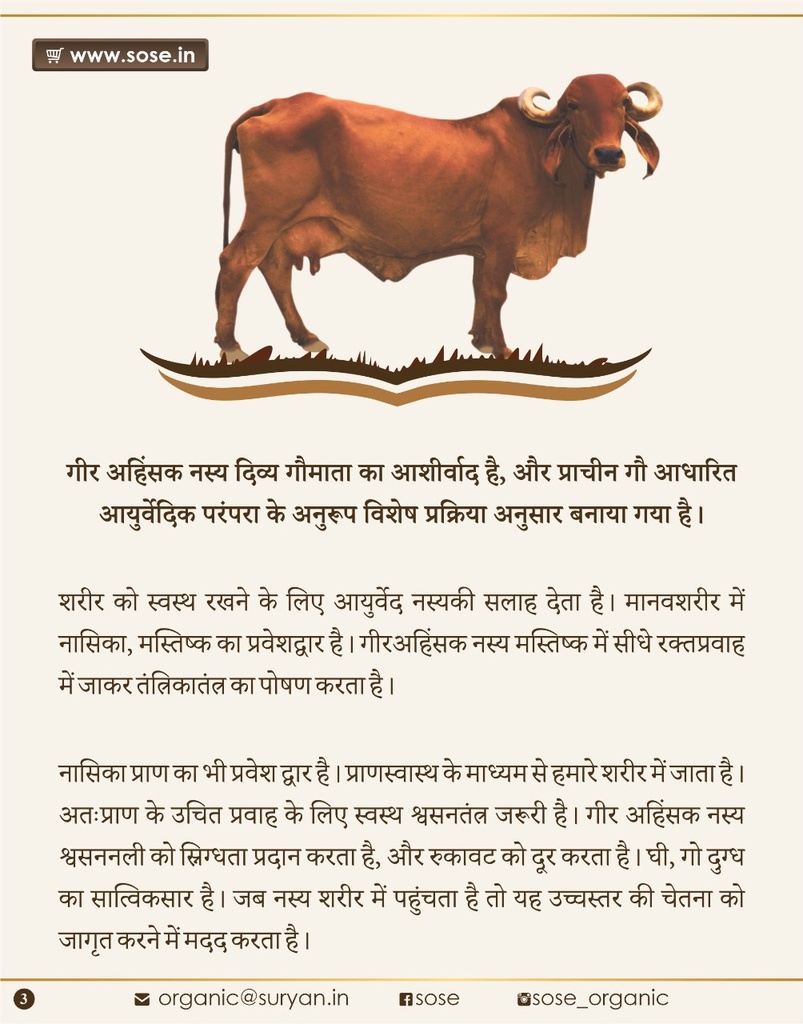 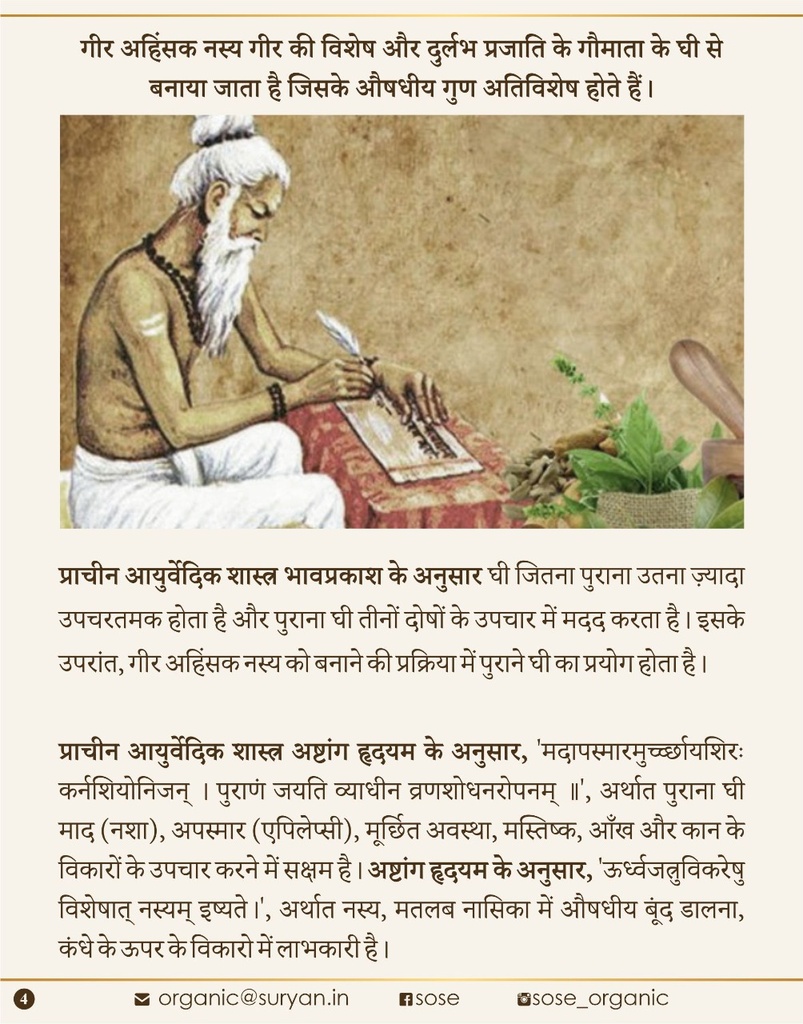 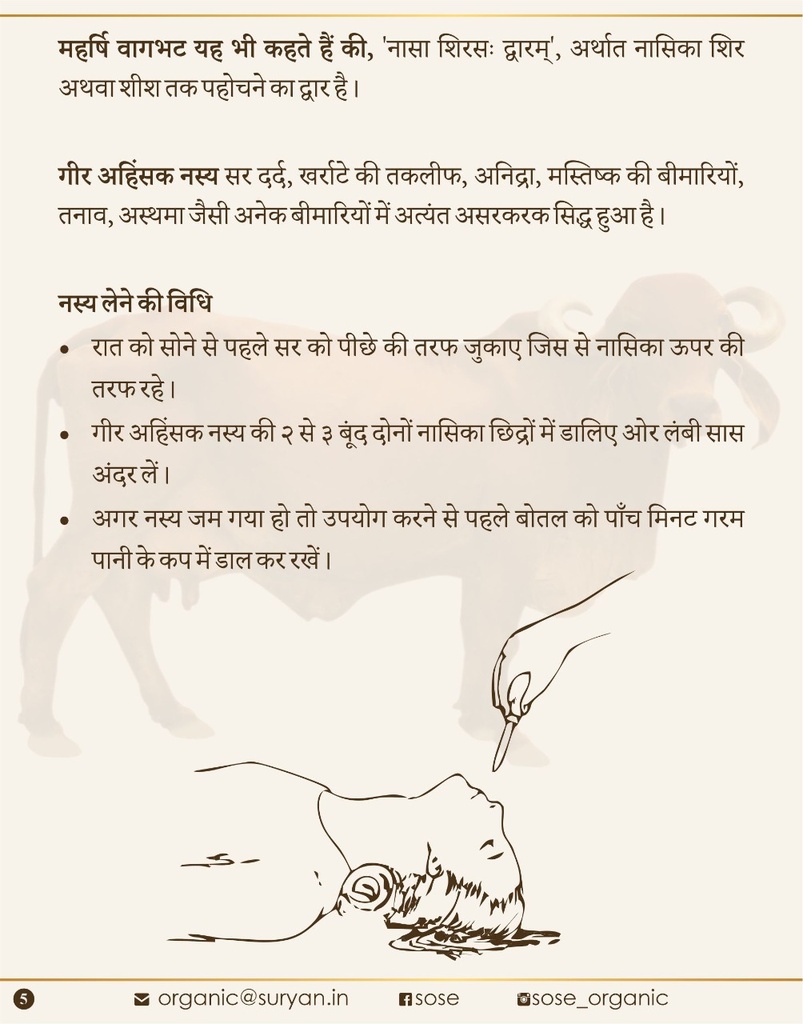 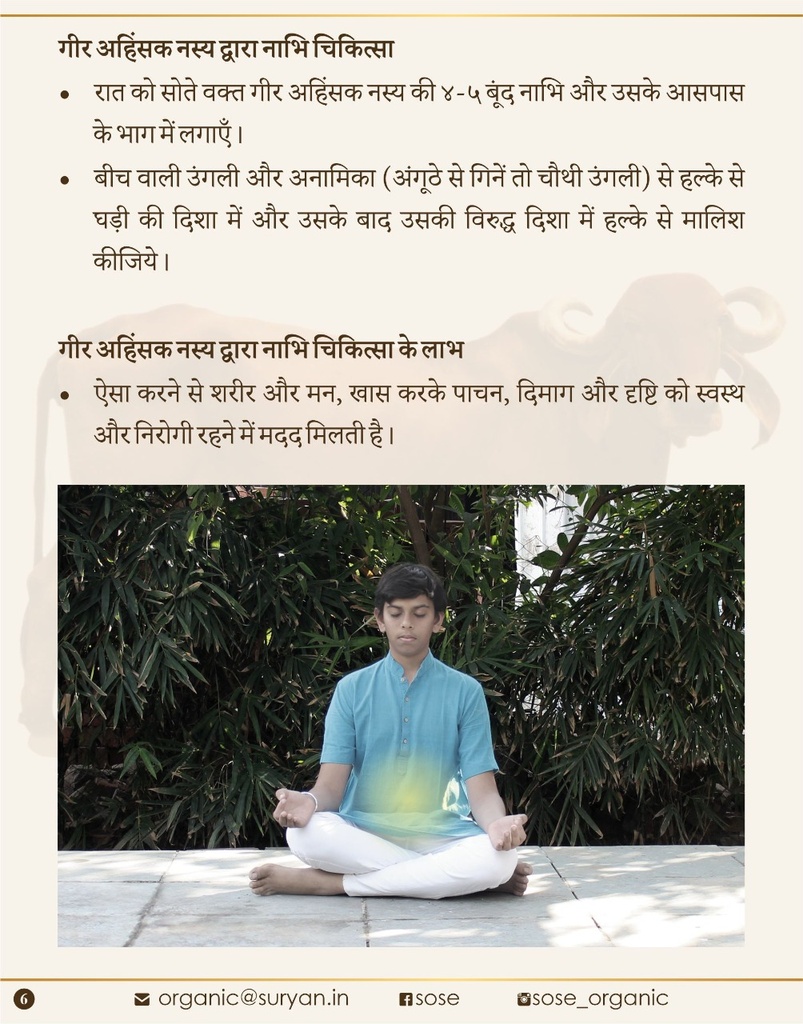 Rig Veda mentions thus, “We must regard the ‘Cow’ as our own Mother and serve Her to the best of our abilities, keeping her happy in every way”. Atharva Ved also mentions thus, “The ‘Cow’ is Heaven, the ‘Cow’ is Earth, the ‘Cow’ is Vishnu, Lord of Life.” When Gaumatas are looked after as prescribed in the Shastras, they are satisfied, healthy and happy. Their panchgavya products (milk, curd, Ghee, Gomutra, Gomaya) become kalyankari (beneficial) and mangalkari (auspicious). Gir Ahinsak Nasya is made from Ghee obtained from such satisfied and healthy Gaumata's of Bansi Gir Gaushala, where Gaumata's are looked after in accordance with Vedic principles.

In addition, this ghee is allowed to age. According to ancient Ayurvedic text Ashtanga Hridayam, 'मदापस्मारमुर्च्च्छायशिरः कर्नशियोनिजन् । पुराणं जयति व्याधीन व्रणशोधनरोपनम् ॥', which means old ghee has the ability to treat intoxication, epilepsy, unconsciousness and disorders related to the head, throat or eyes.

According to Ashtanga Hridayam, "ऊर्ध्वजत्रुविकरेषु विशेषात् नस्यम् इष्यते।", which means that nasya or nasal administration of medicine is effective in treating disorders affecting the part of the body which resides above the shoulders. Maharshi Vagbhat also says that, 'नासा शिरसः द्वारम्', which means that nose is the gateway to the brain. Gir Ahinsak Nasya has proved to be extremely effective in treating a wideheadache, snoring, insomnia, brain related disorders, stress, asthma.

Place Nasya in a bowl of hot water if converted into frozen, After the liquid has been poured into the bottle. Pull 2 to 5 drops from the back and place them in both nose holes. Let the nose reach deep into the path of Head and Nosal. 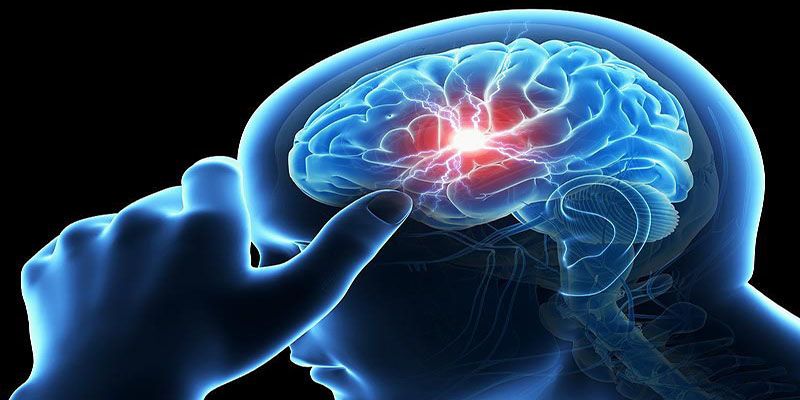 Nasya – gateway to the mind, and everything above your shoulders 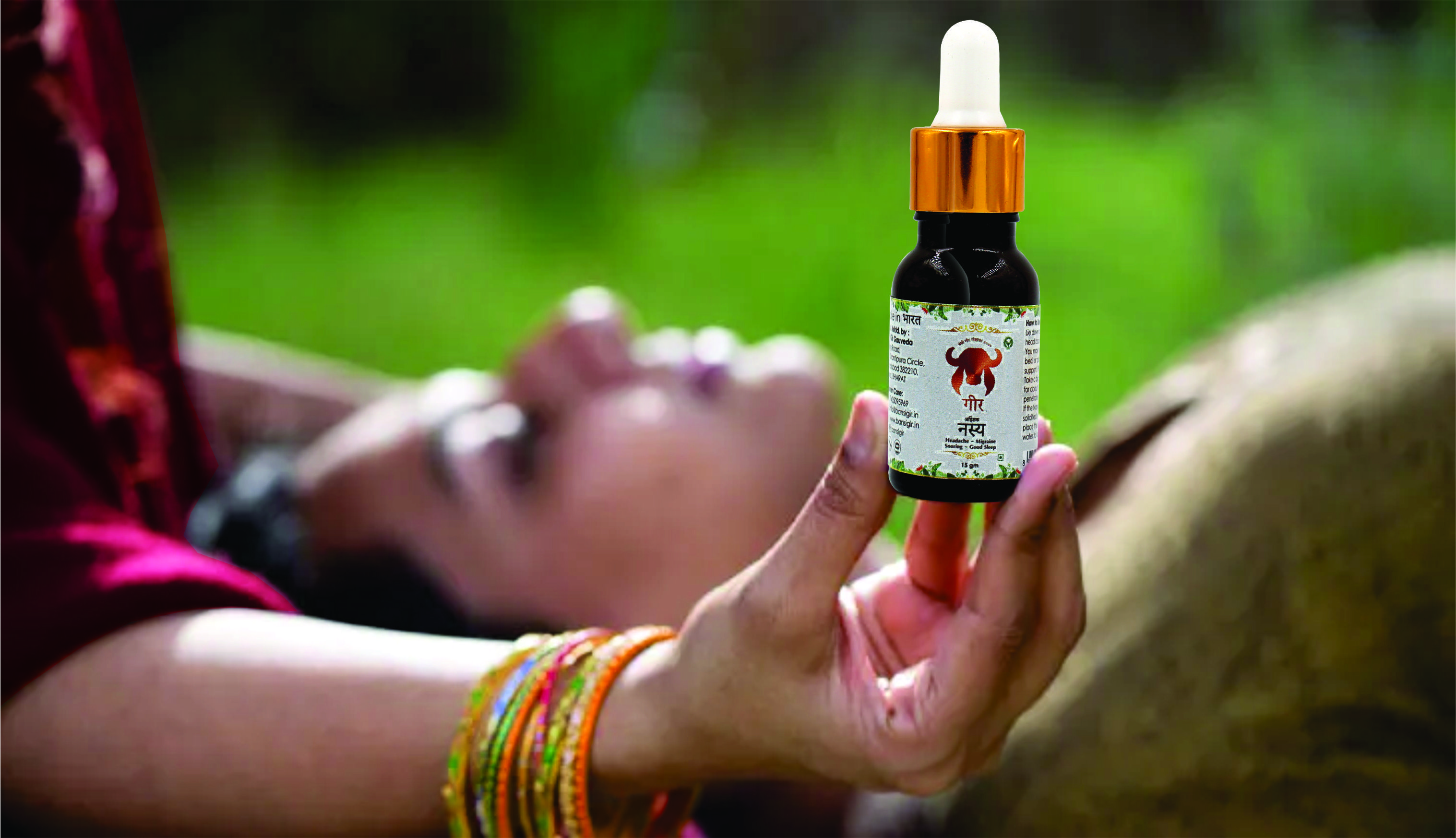 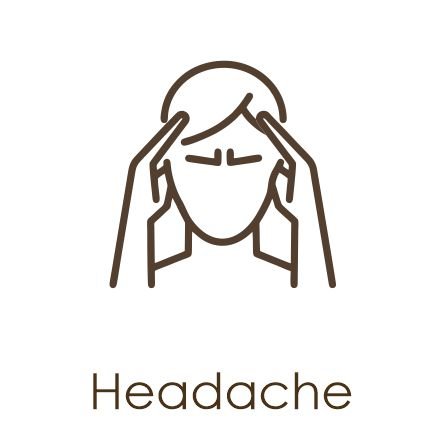 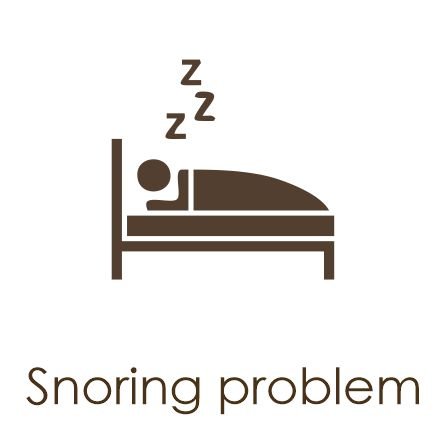 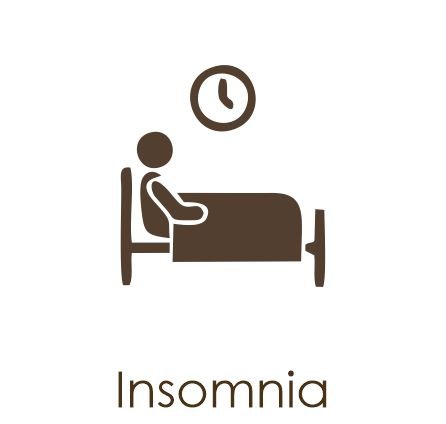 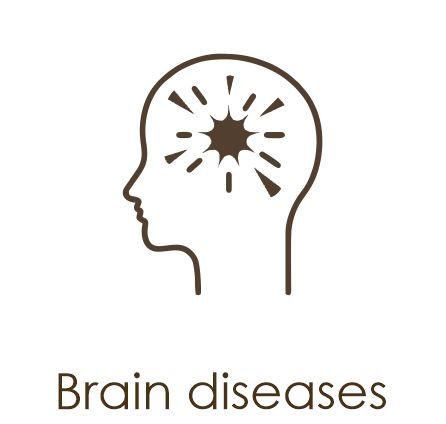 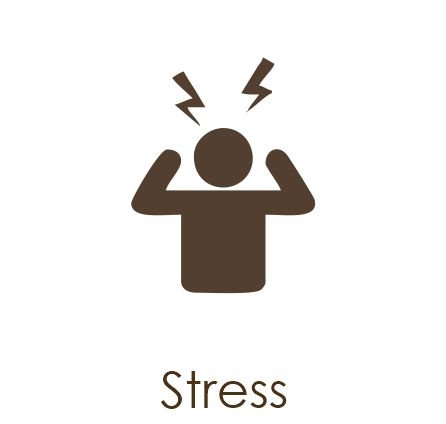 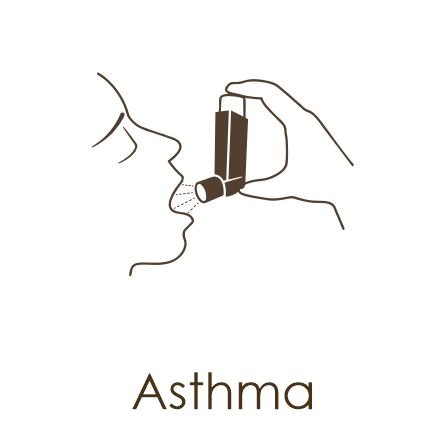