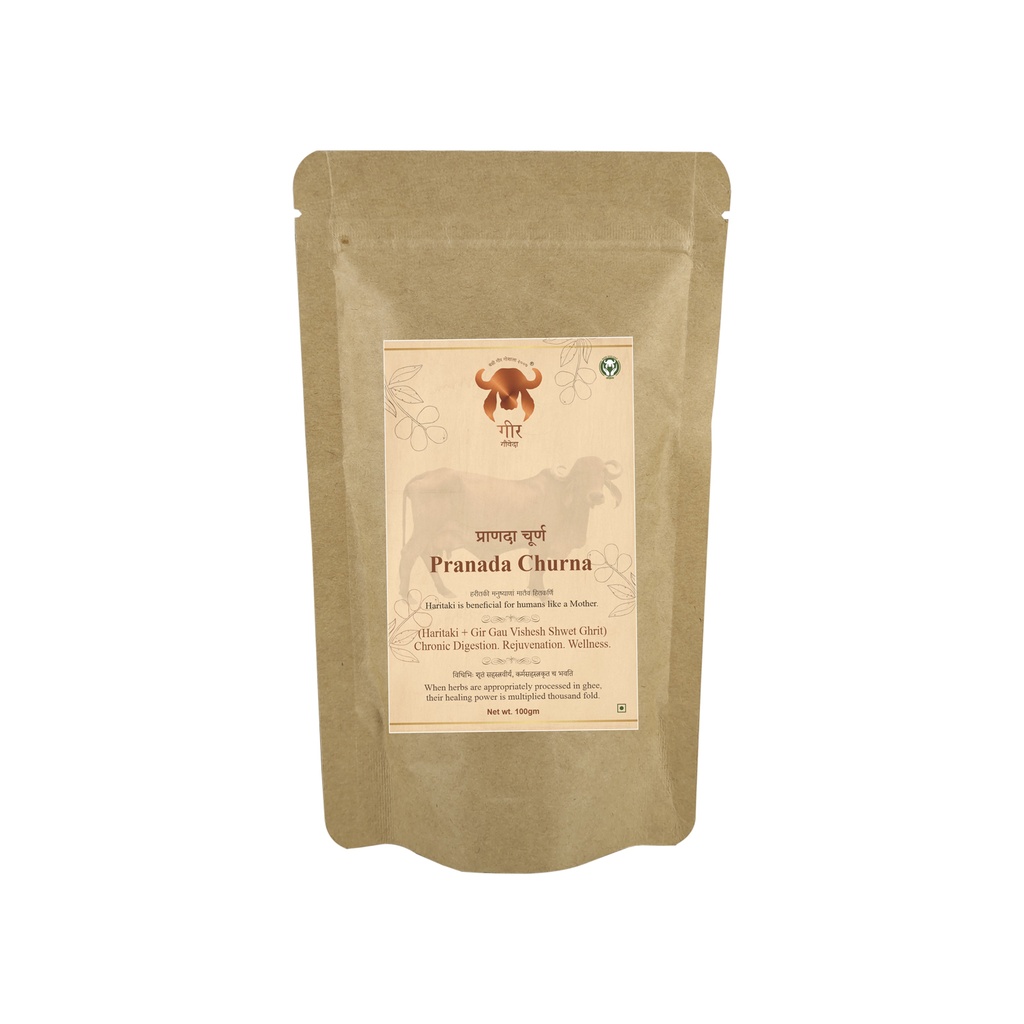 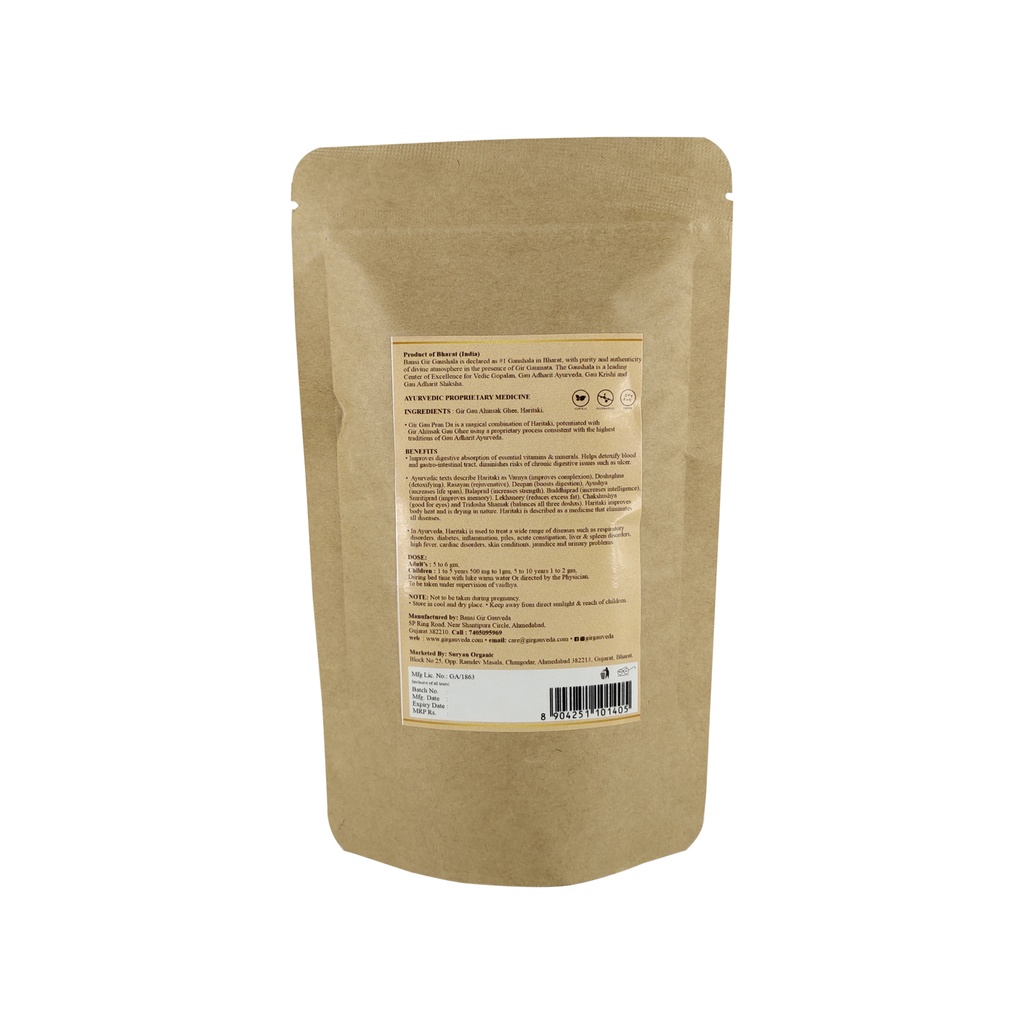 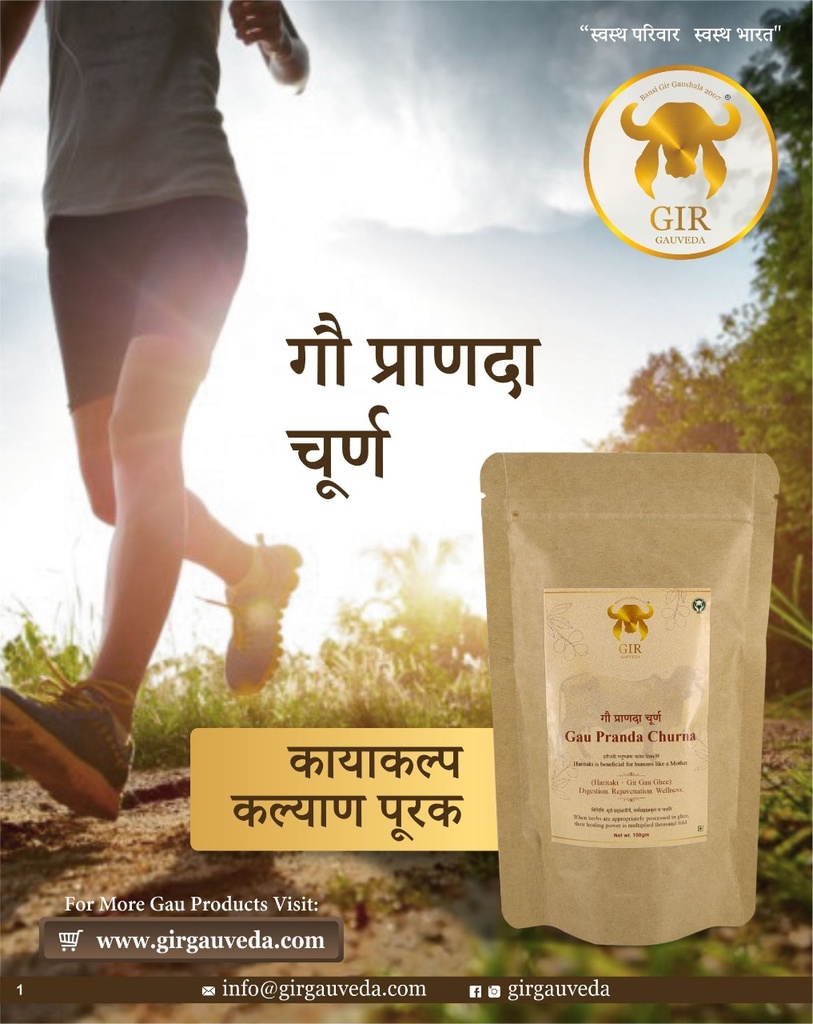 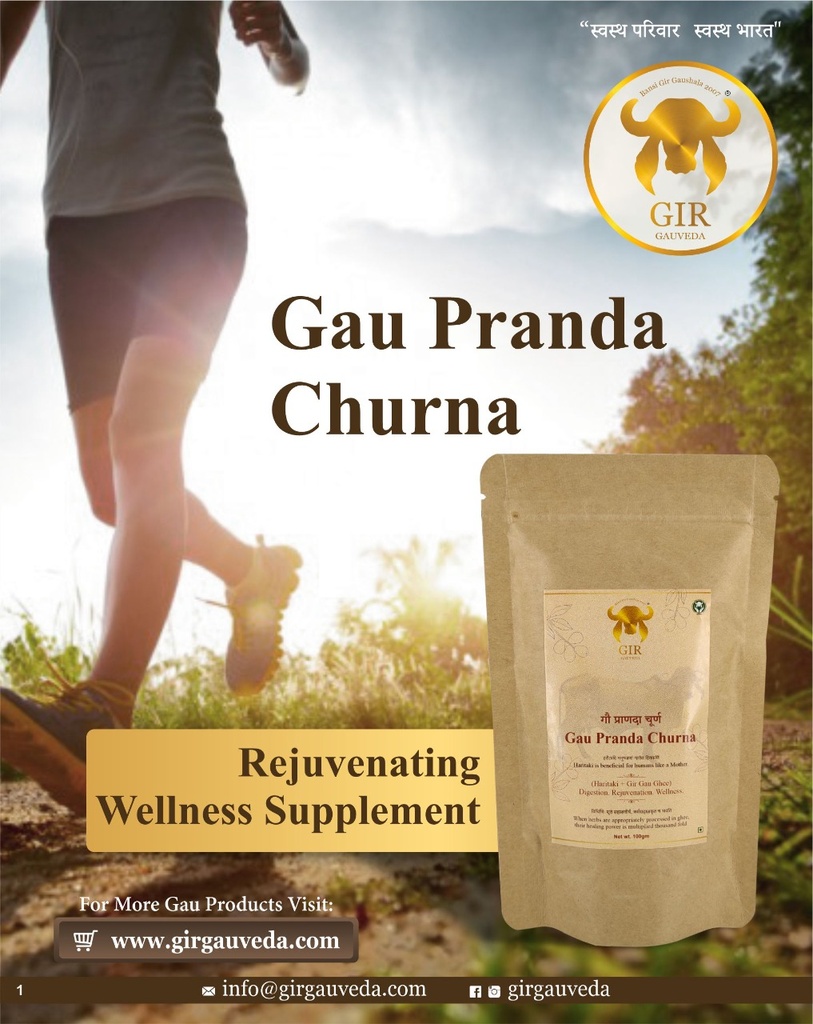 Gir Gau Prana Da is a magical combination of a special grade of Haritaki, potentiated with Gir Ahinsak Gau Ghee sourced from a special breed of Gir Gaumata, using a proprietary process consistent with the highest traditions of Gau Adharit Ayurveda.

According to ancient legend, the first Haritaki tree sprouted when a drop of "Amrit," or the eternal nectar, dropped from Heaven upon Earth. This "Divine Fruit," which gets its name from "Hari" or Lord Vishnu, is said to nurture the human body like a Mother. Haritaki is one of the most important herbs in Ayurvedic medicine. From an Ayurvedic perspective majority of health conditions are caused by an imperfect digestion. Haritaki is among the best herbs to help the digestive system achieve wellness.

Haritaki improves body heat and is drying in nature. However, combination with Ghee reduces the Ruksha or drying nature of Haritaki, making it even more beneficial to the general body

Haritaki from a Modern Scientific Perspectiv

When herbs are appropriately processed in ghee, their healing power multiplies many-fold. In simple terms, a herb becomes more effective when processed in Ghee.

In Gir Gau Prana Da, special grade Haritaki combines with Gir Ahinsak Gau Ghee, a "prasadam" of Gir Gaumata ("Cow" or "Gau" looked upon as Divine Mother) who are cared for in accordance with ancient Vedic philosophy. The Ghee used is sourced from a rare and special breed of Gir Gaumata, which has significance in Gau Adharit Ayurveda.

According to ancient Ayurvedic text Ashtanga Hridayam, 'वि धि भिः शृतंशृ तं सहस्त्रवी र्यं,र्यं कर्मसर्म हस्त्रकृत च भवति ,' which means that when herbs are appropriately processed in ghee, their healing power is multiplied many fold. The Ghee used is also partially aged, and according to ancient Ayurvedic text Bhava Prakash the healing qualities of ghee increase as it gets older. Old ghee is effective in treating all three doshas.

As you start taking Gir Prana Da Churna, in the first few days the body may show signs of detoxification, specifically symptoms of loose motions where the body may need to pass stools 5-6 times a day. Even beyond the first few days, the body may experience liquid stools. This is a result of Haritaki's detoxification effects on the body and should not be a source for concern. As the body detoxifies, its energy and vitality levels should improve. Please consult your Vaidya if you continue to experience discomfort or any other health concern.

In general, Gir Prana Da Churna is beneficial for all, however the following persons should avoid taking it or take it strictly under the supervision of a Vaidya:

Legal Disclaimer :-
Actual product packaging and materials may contain more and different information than what is shown on our app or website. We recommend you not rely solely on the information presented here and always read labels, warnings, and directions before using or consuming a product.
This is a preview of the recently viewed products by the user.
Once the user has seen at least one product this snippet will be visible.